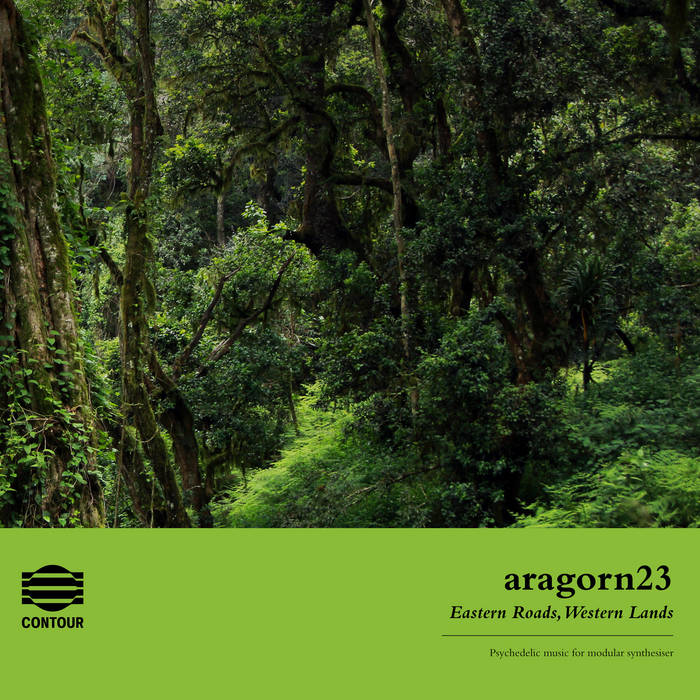 One of the very first South African albums to be composed entirely on a modular synthesiser, Eastern Roads, Western Lands is a collection of ambient and experimental electronic music.

Influenced by both the aleatoric musical philosophy of seminal artists like Brian Eno and Stockhausen as well as early modular explorers such as Klaus Schulze and Suzanne Ciani, Aragorn23 employs a range of generative approaches on this album, curating an ever-evolving space of musical possibility using patch cables, chaotic analogue circuits and electricity.

The album's title is a nod to the East Coast and West Coast schools of modular synthesis - the East represented by the Robert Moog approach to synthesis and sequencing that was developed in New York in the 1960s while out on the West coast, Don Buchla, influenced by the burgeoning psychedelic culture, was exploring more unconventional techniques. Moving beyond this divide, the compositions captured here take the form of a slow road trip across a mysterious and organic modular landscape where everything is in motion and new vistas lie in wait just behind each mountain range.

Eastern Roads, Western Lands: Psychedelic Music for Modular Synthesiser was released on the 16th of March in an initial highly limited edition of 50 copies, lovingly lathe cut to 12" record by Contour Vinyl (www.contourvinyl.co.za).

All music composed on hardware modular synthesiser by Aragorn23 in 2018.