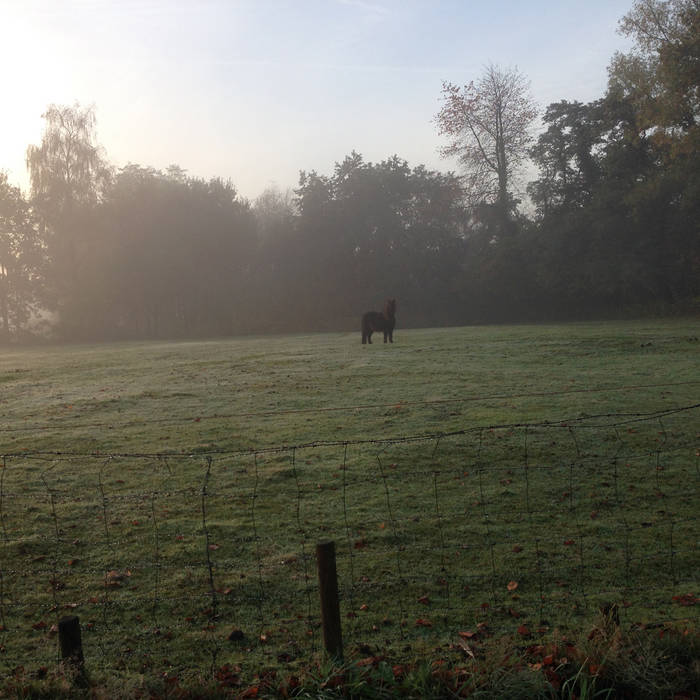 These short piano sketches were created using Supercollider and the Bjorklund sorting algorithm*. The sketches play differently every time the Supercollider code is executed, so this EP represents a static snapshot of four out of a potentially infinite number of variations.

Euclidean Haecceities represents my growing interest in music that is data driven, unrepeatable, emergent and/or only partially controllable. It was composed/programmed in the cold winter mornings of early December 2015 in Groningen, The Netherlands.

"You are longitude and latitude, a set of speeds and slownesses
between unformed particles, a set of nonsubjectified affects. You have the individuality of a day, a season, a year, a life (regardless of its duration)-a climate, a wind, a fog, a swarm, a pack (regardless of its regularity). Or at least you can have it, you can reach it. A cloud of locusts carried in by the wind at five in the evening; a vampire who goes out at night, a werewolf at full moon. It should not be thought that a haecceity consists simply of a decor or backdrop that situates subjects, or of appendages that hold things and people to the ground. It is the entire assemblage in its individuated aggregate that is a haecceity; it is this assemblage that is defined by a longitude and a latitude, by speeds and affects, independently of forms and subjects, which belong to another plane. It is the wolf itself, and the horse, and the child, that cease to be subjects to become events, in assemblages that are inseparable from an hour, a season, an atmosphere, an air, a life. The street enters into composition with the horse, just as the dying rat enters into composition with the air, and the beast and the full moon enter into composition with each other." - Gilles Deleuze & Felix Guattari, A Thousand Plateaus

* For more on the Bjorklund/Euclidean sorting algorithm, which is most often referenced in relation to percussive music, visit cgm.cs.mcgill.ca/~godfried/publications/banff.pdf

All programming by aragorn23.