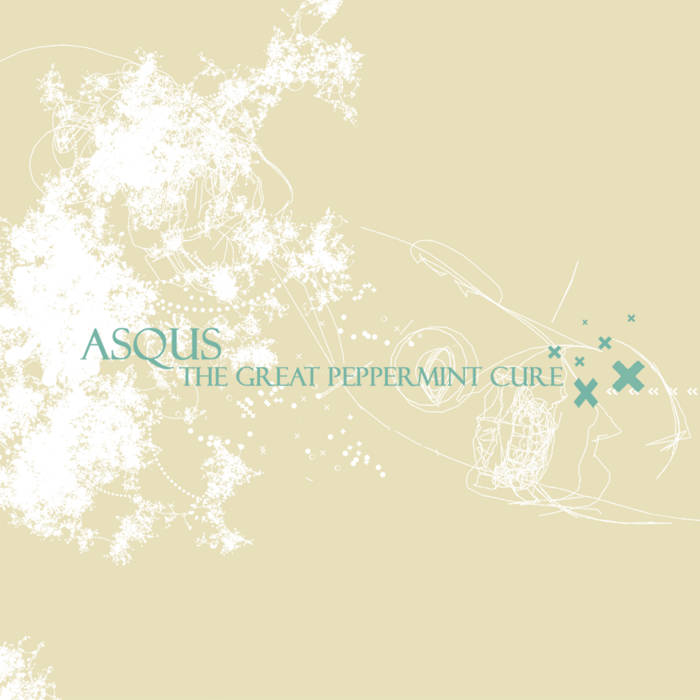 I've always found the process involved in composing a piece of music as interesting as the result. I have, therefore, included below a brief synopsis of how I created each piece on this cd. It is my hope that, if you're like me, this information will enhance your listening experience; otherwise, I trust you will throw this piece of paper away and simply enjoy the music without worrying about the technicalities of its production.


Long Cold Days
The basis of this piece is a set of field recordings of a stream underneath a storm drain near my old house. As you can imagine from the title, it was a rather cold and grey morning; you can still hear the occasional bird call though.

The crackling rhythmic elements are provided by a generative patch constructed on a Clavia Nord Micro Modular, a device that allows you to construct virtual modular audio generators. I use the Nord (now a G2X) extensively for this kind of autopoietic work.

Finally, several elements of the field recording were heavily processed and re-employed as harmonic devices.

Flaut
Flaut is also based on a field recording; this time however the location was far less conventional - as an experiment I left my minidisc player in a freezer for an hour or two and was pleasantly surprised at the spacious glacial tones that resulted.

The flute type sound in the track is just a clip from a live jam on one of my synthesizers (I forget which) that I particularly liked.

Rusty Sockets
Almost all the sounds used in this piece are recordings of unwanted noise produced by my very old, rather rusty Korg MS20, an old patch-cable analogue synth with an amazing processing section often used by electronica artists to manipulate drum sounds.

The music follows pseudo-fractalline principles: once I had composed the basic structure I rendered several recordings of the skeletal piece and then played these as instruments over it; because of this, several of the short melodic sounds you hear are in fact variations of the entire song playing within itself.

Mid-Atlantic 2007 (Pt.1 and Pt.2)
These two compositions were inspired by an evocative mid-90's breakbeat track of the same name composed by my good friend Clifford Swindells (aka Electric Sheep/Wintermute), who taught me to make music in the early 90's and sadly passed away a few years ago. I hope he would have enjoyed my drastic reworking of one of his finest tracks.

Most of the percussion in the first part (which is kind of a prelude to the second part) is from a bunch of pots and pans I banged around on with Paul Holden, who also did some of the sequencing.

Music For 18 RCA Cables
For this breakcore-ish little number I recorded hundreds of sounds of things being plugged in and out of each other and then selected the most interesting of these and made a track out of them. All noises in this piece are, of course, intentional :-)

PS: There's a ghostly voice that pops in somewhere towards the end (ie. after the heavily mangled, distorted breakbeat fades out); I have entirely forgotten both what it says and who it was....

Glitch To Glitch
This slightly twee, pastoral number is offset midway by absurd amounts of beat-processing in the wonderful Audiomuch software; my intention was to create an attractor that set limits on the amount of rhythmic deviation and then to subtly modify parameters until I reached a bifurcation point. As Deleuze would say, it is near these transition points that interesting stuff happens, that the intensive flows and processes underlying the extensive can be engaged.

The Great Peppermint Cure
The most recent piece of music I've composed, the basis of this simple piece is a live-ish jam on an ethnic VST instrument along with a rudimentary beat structure; I then fed everything through that most overused of electronic music plugins, dBlue Glitch. To avoid a predictable outcome (dBlue Glitch has only a very small number of tricks up its sleeve) I used randomisation envelopes on some of the key parameters; I then rendered many versions of the track, each slightly different, and selected what I considered the most aesthetically pleasing offspring. I toyed with the idea of breeding these repeatedly until I had distilled the essence of the piece but I was so happy with the initial result that I quickly forgot all about such academic musings.

Next Ice Age
Like the chance meeting of a one-fingered Harold Budd and a drunk Brian Eno, I composed this ambient piece late one evening whilst waiting for a friend to arrive to take me out. I'm glad I finally got to use it as an album outro.

All tracks composed by Aragorn Eloff, except for Mid-Atlantic, which is a remix of a track by Clifford Swindells, aka Wintermute.